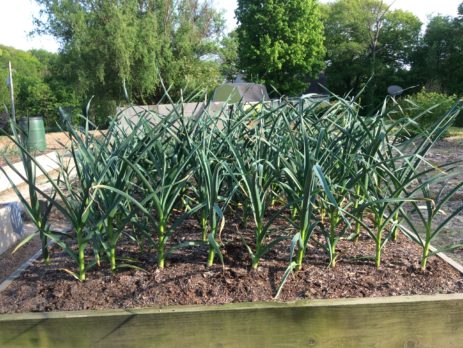 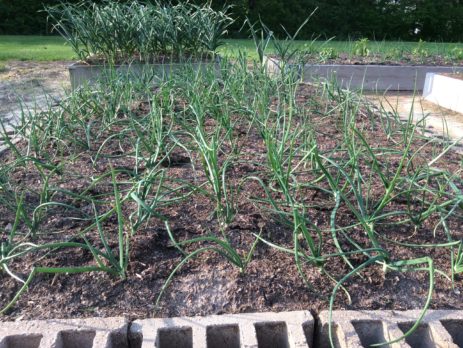 “Here in Illinois I started my onions from seed indoors. On or about March 5, 2017 the weather got really nice and I decided to plant my onions outside. About 10 days later we received some really cold weather for about a week with lows 13-18 degrees and highs in the mid 30’s and on top of all that we received 4 inches of snow. My onions were left for dead and was no bigger than a toothpick with only one leaf!

Then I went on Calikim’s YouTube channel and that day she had Mindy from VermisTerra talking about their product. The Worm Tea from VermisTerra really caught my interest so I just had to order a gallon of there Worm Tea!

I have been using VermisTerra Worm Tea now for about 5 weeks and the results have been nothing short of OUTSTANDING!! My onions are growing strong with at least 7 leaves so far on each plant and look more healthy than ever before! The only thing I have done different this year from past years is the use of VermisTerra Worm Tea! The Tea really works beyond anything I could ever expect.

Even though my Garlic was planted last fall as soon as I received my Worm Tea, I started using it on my Garlic! The Garlic plants have gotten so huge and the stocks have gotten so thick that by the looks of things I will have the BEST Garlic crop ever!!
VermisTerra Worm Tea is the real deal and is without any doubt the best product on the market today!!

Thank you so much for making such an AMAZING product available to even a small gardener!” – Dan Kelsey, Illinois